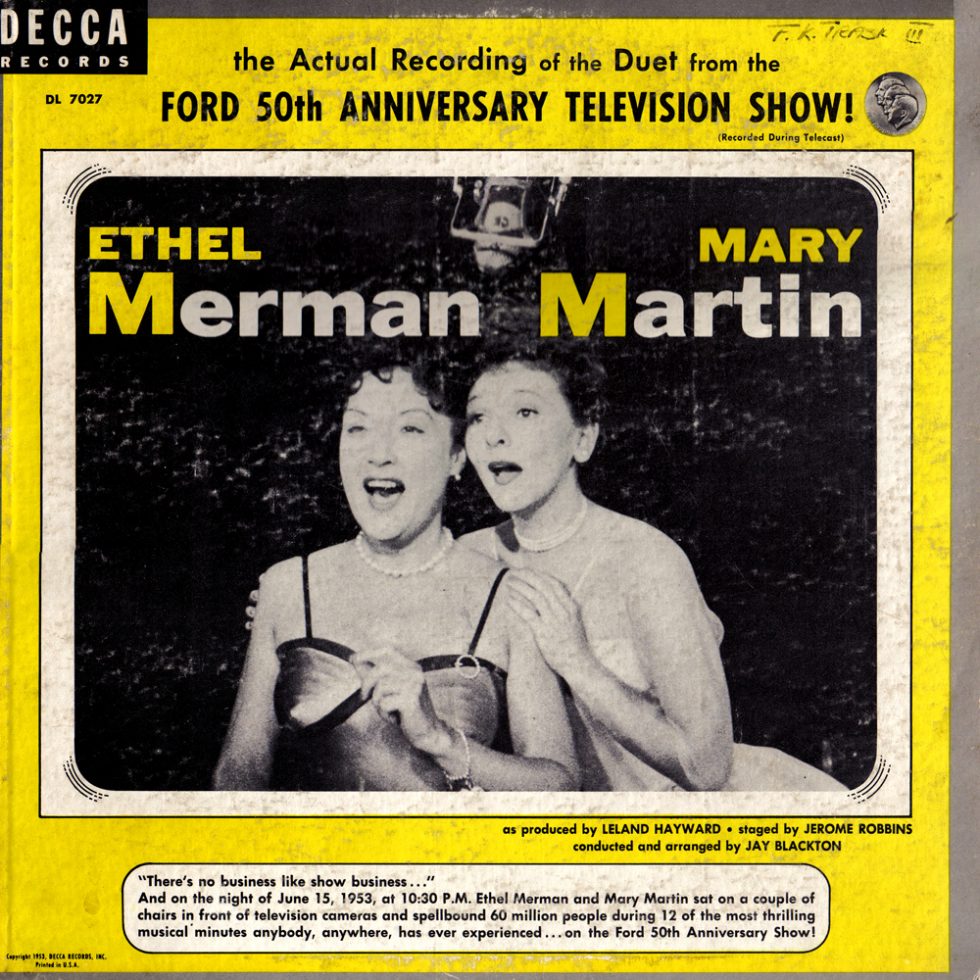 The actual recording of the duet from the Ford 50th anniversary television show (recorded during telecast).as produced by LELAND HAYWARD â¢ staged by JEROME ROBBINS conducted and arranged by JAY BLACKTON.

There’s no business like show business…”. And on the night of June 15, 1953, at 10:30 P.M. Ethel Merman and Mary Martin sat on a couple of chairs in front of television cameras and spellbound 60 million people during 12 of the most thrilling musical minutes anybody, anywhere, has ever experienced… on the Ford 50th Anniversary Show!