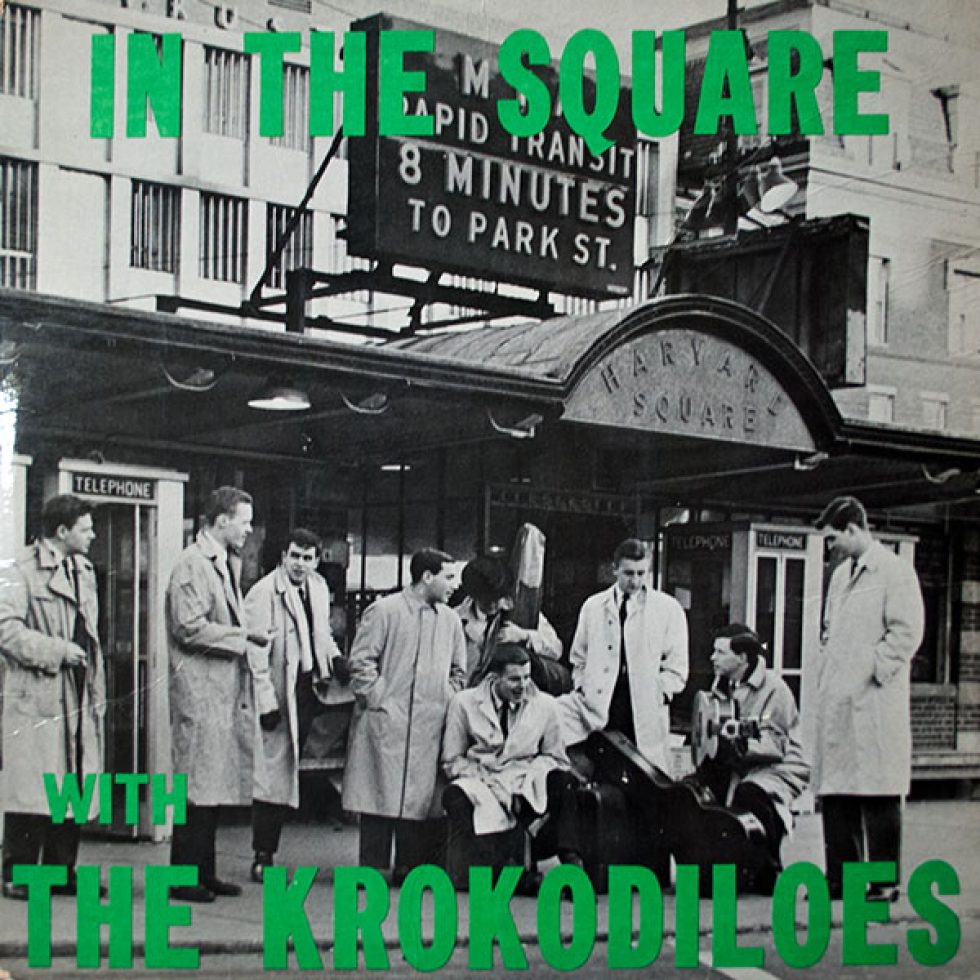 In the Square (with the Krokodiloes) and around Cambridge the new sound in singing groups is that of The Krokodiloes. The name is derived from one of the emblems of The Hasty Pudding Institute of 1770 which has sponsored the group since its beginning in the early 1940’s. That beginning was a shaky one. Only one man has been found who recalls the establishment of The Krokodiloes â he voted against the choice of the present name. Since 1946, when they first began to appear in public. The Kroks have undergone a continual musical growth. This recording is the first to appear in four years and represents the latest stage in the group’s musical envelopment.

Under director Fred Ford, emphasis has been increasingly placed on songs in the modern idiom. This, coupled with new arrangements and the inclusion of instruments when appropriate, accounts for the recent success of The Kroks in delighting audiences at dances, parties, and informal get-together. 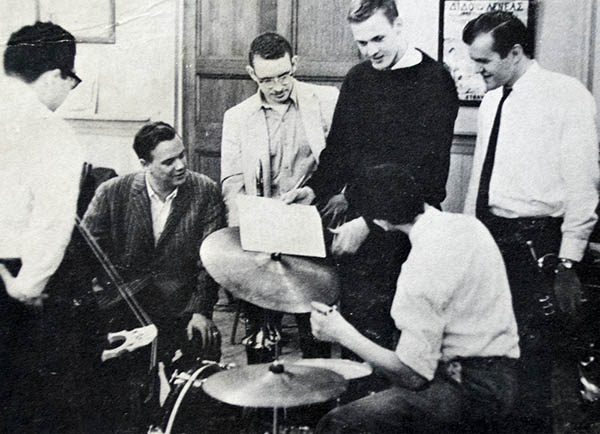 “In The Square” not only represents a response to personal appearances but Is. itself, an experiment. Recorded tracts of singing groups lock the spontaneity of “live” performances, and often result in a hum-drum catalog of the group’s repertoire. Many of the songs on this record enjoy the support of o local rhythm section headed by Tyler Neale on boss and Herb Weene on drums, as well as several other instruments. As Ford explains, the recording stresses the variety and musical depth of the group. The use of drums ond bass it by way of supplementation for the “live” effects lost in studio recordings.

Not all the songs in this album are new. nor ore they ail alike. Whether your are into inclines to old favorites such cm “Georgia Brown” or the more modern “little Girl Blue,” folk songs or the outrageous “Sweet Thursday,” you U find The Krokodiloes offer a fresh and exciting musical experience.