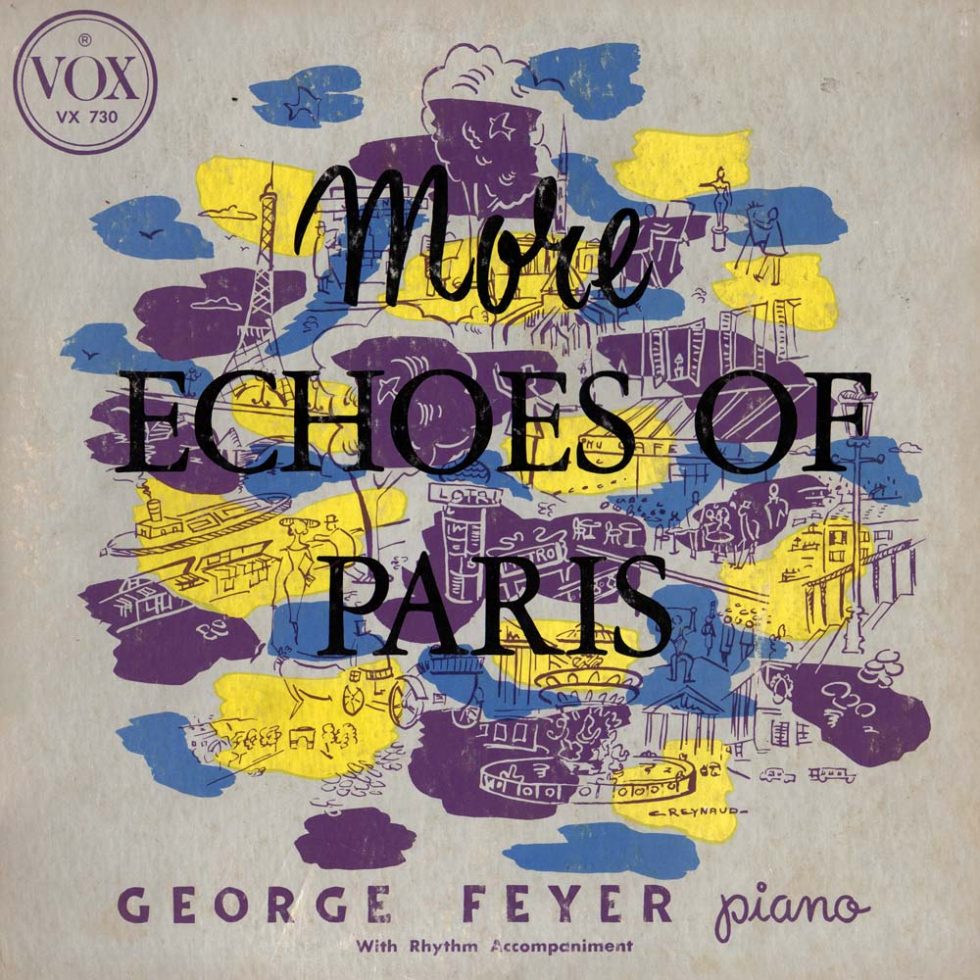 We received a letter from Hong-Kong yesterday which said in part “your Echoes are really excellent recordings â please accept our congratulations on your achievement.” Since the issuance of Feyer’s first record a little over a year ago (VX 500 Echoes of Paris) we have received letters from Egypt, Italy, Germany, India â in short from all over the world.

Feyer’s sparkling playing and arrangements are now a household word. To give you an example: he walked into a New York City Post Office a few days ago ana was recognized by the clerks. It seems that the Post Office employees had all chipped in to buy the entire Echoes series to play during work. At New York’s fashionable Delmonico Feyer can be heard nightly playing the tunes and the arrangements that have made him famous. Each new Echoes is greeted with a greater enthusiasm than the one before, and the anticipation of record shops and customers throughout the world is really astonishing.

Information From The cover of the album