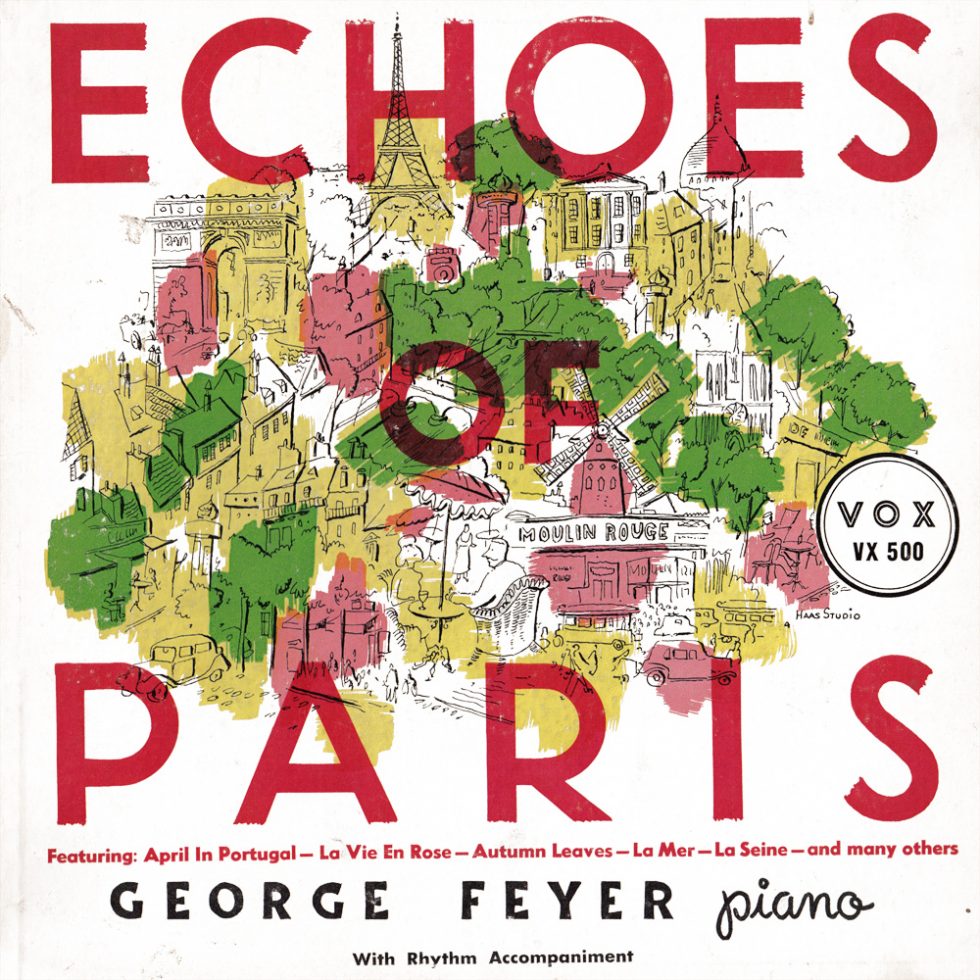 GEORGE FEYER, born in 1908, studied at the BuJapest Conservatory under Dohnanyi, Kodaly and Szekely. Boing recognized as one of the most promising yeng concerT-pianists in his country, he caused quite a sensation when he suddenly shifted to popular music. In this field he very soon became one of the best known and best pa:d entertainers in Europe. He played in the plushest and most exclusive night clubs and hotels in Paris, Deauville, Nice, Monte Carlo, The Hague, Geneva and St. Moriti. Feyer also had a regular weekly radio program on Radio Paris.
He came to this country in 1951 and made his debut in New York’s famous Gogi’s La Rue where he captivated his new audiences with his inimitable style just as he did the old ones. Feyer’s refinement and taste are the hallmarks of his arrangements in which European tradition blends skillfully with the best in American music. His repertoire is literally limitless, and he plays the classics with a touch of Broadway, and Broadway with a touch of Paris. Having been a resident of the French metropolis for many years, and having absorbed its culture and esprit, Feyer presents this selection of its best-loved tunes with the elegance and dash of the debonair cosmopolitan artist.