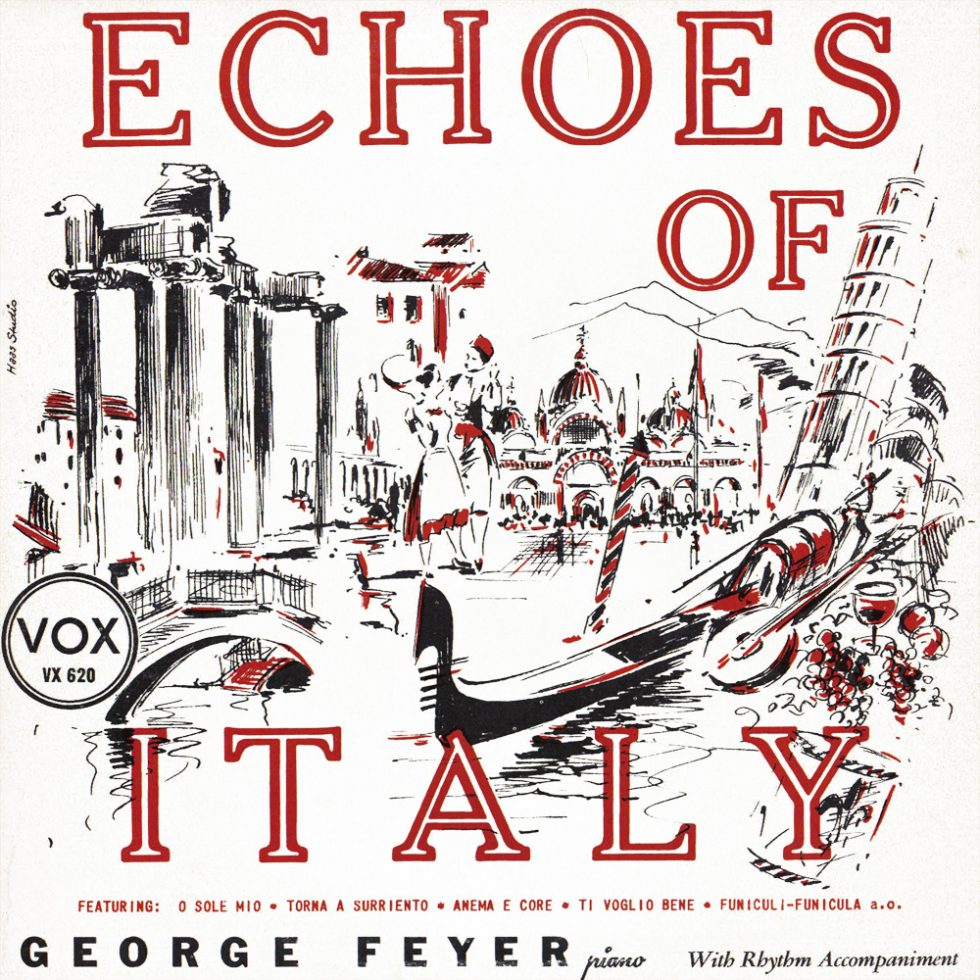 After the sensational success of George Feyer’s ECHOES OF PARIS (VX 500) and ECHOES OF VIENNA (VX 550), Vox is happy to oblige his many friends with another one of his “reminiscing” renditions of Italian melodies. You will find among them your old favorites as well as songs of most recent date which are well on the way to popularity now.
GEORGE FEYER studied at the Budapest Conservatory under Dohnanyi, Kodaly and Szekely. Being recognized as one of the most promising young concert-pianists in his country, he caused quite a sensation when he suddenly shifted to popular music. In this field he very soon became one of the best known and best paid entertainers in Europe. He played in the plushest and most exclusive night clubs and hotels in Paris, Deauville, Nice, Monte Carlo, The Hague, Geneva and St. Moritz. Feyer also had a regular weekly radio program on Radio Paris.
He came to this country in 1951 and made his debut in New York’s famous Gogi’s La Roe where he captivated his new audiences with his inimitable style just as he did the old ones. Feyer’s refinement and taste are the hallmarks of his arrangements in which European tradition blends skillfully with the best in American music. His repertory is literally limitless, and he plays the classics with a touch of Broadwafy, and Broadway with a touch of the Continent.