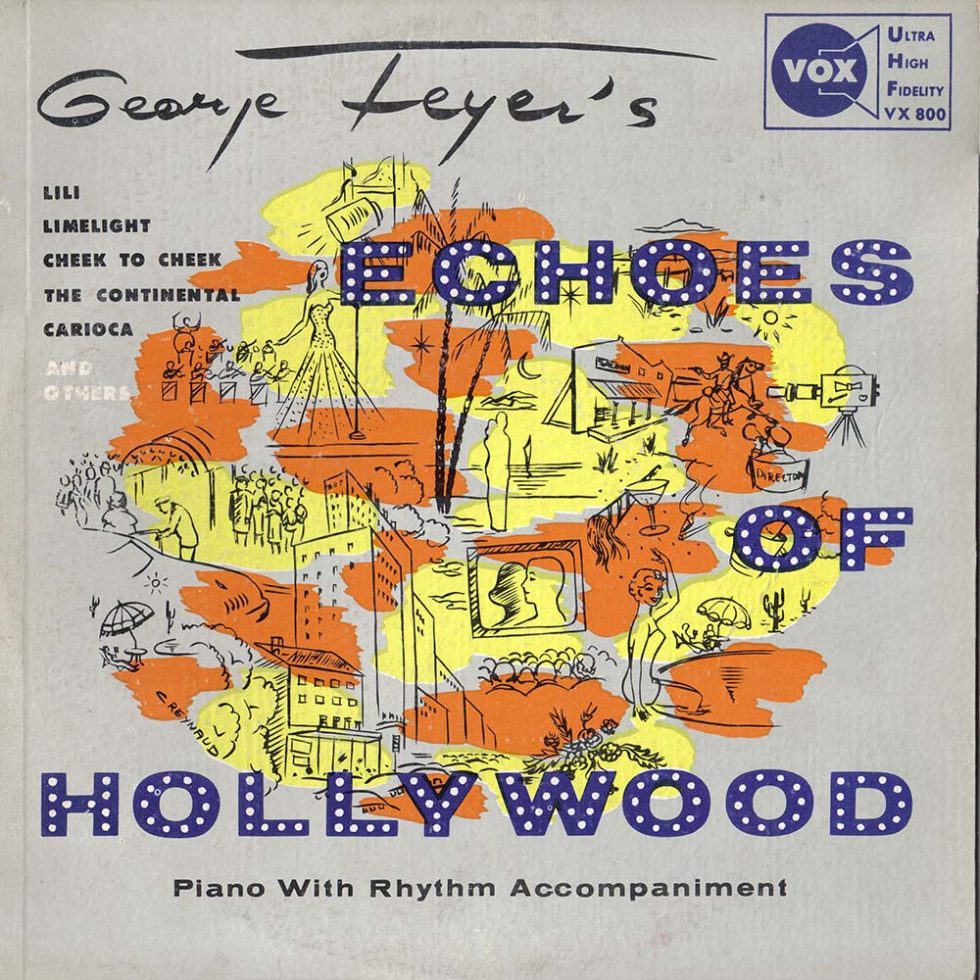 BILLBOARD, April 1954 noted the release of another Feyer record with this comment: “He plays in an unaffectedly simple manner which is almost a definition of sophisticated taste”.

This simplicity â so easy to explain and yet so difficult to imitate is highly deceptive. For under the beguiling surface of this relaxed music making there is hard work and constant testing.Hundreds of improvisations are made and like Broadway shows on a tryout tour, each arrangement is repeatedly tested on his nightly audience at Delmonico’s. Changes are made if the effect is not entirely satisfactory, and by the time the recording session begins every note is in its right place and every phrase shaped “just so”.

The success of the ECHOES series is astonishing. It has snowballed from the USA all over the world, and George’s fan mail has reached gigantic proportions. By breaking down walls, the cocktail lounge of the Delmonico Hotel in New York has been enlarged to almost triple its size, and this is barely enough to accommodate the rapidly increasing number of Feyer’s followers.

Another proof of Feyer’s fantastic popularity is the impending publication of Feyer’s arrangements of favorite ECHOES tunes by the Edward B. Marks Music Corporation.

The rhythm accompaniment of this record consists of Tommy Lucas, guitar, A1 Warner, bass, and Sam Forman, drums. They have participated in many of the previous ECHOES and contributed a great deal to the success of the series.