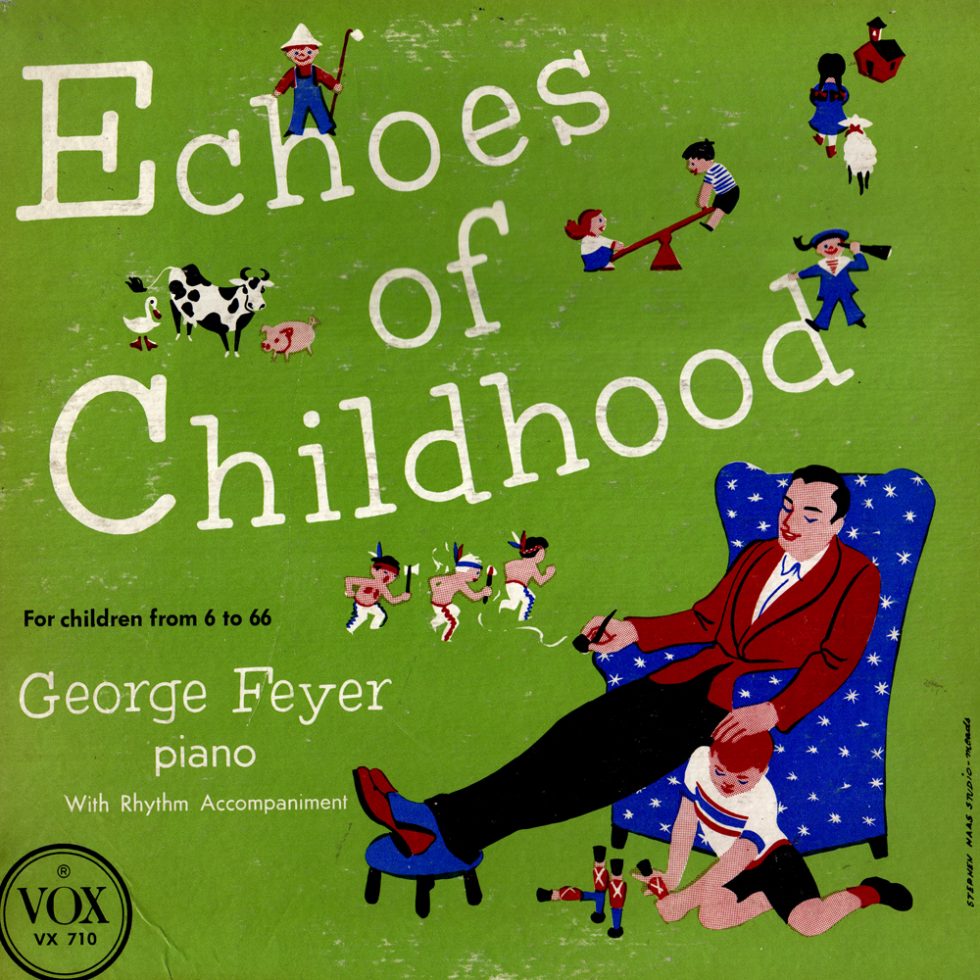 Piano and Harpsichord with Rhythm Accompaniment. For Children from Six to Sixty-Six.

Do you remember when you were a child? Was it fifty years ago, or perhaps just yesterday? Remember the first songs you used to sing like, “Twinkle-Twinkle Little Star” or “London Bridge”? Remember how you practiced on the piano? Was the music, “The Merry Farmer”, “The Minuet in G”or perhaps the “Alia Turca”? Or maybe your mother took you to see “Hansel and Gretel” â remember the witch? Remember the nursery songs you sang? Like, “See-Saw Marjory Daw” and “Where, oh Where is My Little Dog Gone”? And remember when your mother used to sing “Rock a-bye Baby”?
When I was a child we sang all these songs too, for they are known around the world although by many different titles. â I’ll bet you never knew that “She’ll be Coming Around the Mountain” was originally a Polish song or that “The Bear Comes Over the Mountain” was first a French tune.

For all of us children from six to sixty-six I’ve collected forty-two favorite “ECHOES OF CHILDHOOD’ remember them?

These are the songs you never forget!

We received a letter from Hong-Kong yesterday which said in part “your Echoes are really excellent recordings â please accept our congratulations on your achievement.” Since the issuance of Feyer’s first record a little over a year ago (VX 500 â Echoes of Paris) we have received letters from Egypt, Italy, Germany, India â in short from all over the world.

Feyer’s sparkling playing and arrangements are now a household word. To give you an example: he walked into a New York City Post Office a few days ago and was recognized by the clerks. It seems that the Post Office employees had all chipped in to buy the entire Echoes series to play during work. At New York’s fashionable Delmonico Fever can be heard nightly playing the tunes and the arrangements that have made him famous. Each new Echoes is greeted with a greater enthusiasm than the one before, and the anticipation of record shops and customers throughout the world is really astonishing.

As for the future, Feyer has many plans and ideas and is working on a new Echoes for you right now.