Dining at the Columbia 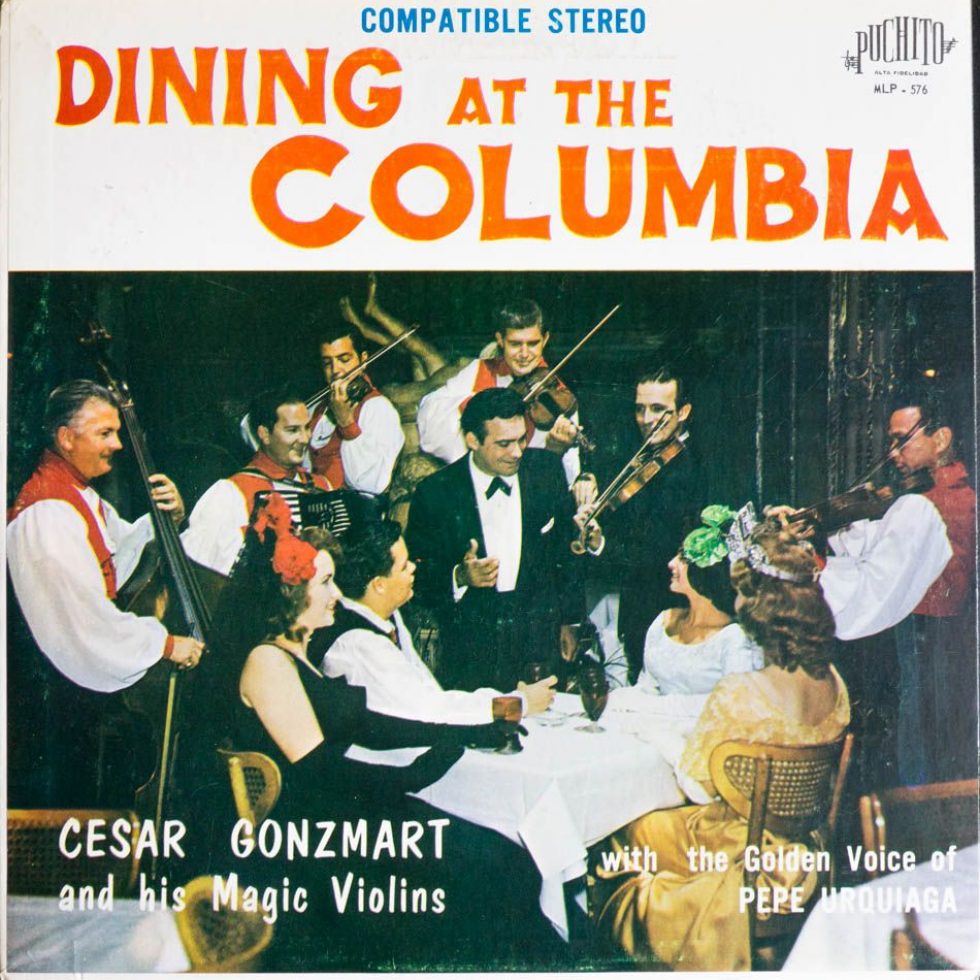 From 1936 on the Columbia has provided music during the evening hours for those who enjoy dancing and in February of 1963 the strolling violins were added to the already well-filled entertainment calendar. This fine group composed of accordian, bass, violins and singers was formed by Cesar Gonzmart who operates the Columbia, and who, himself, has a fine background as a violinist having been Concertmaster of the Havana Symphony under the direction of the famed composer, the late Ernesto Lecuona. Mr. Gonzmart also was leader of his own orchestra and has performed throughout the United States and Central and South America.

Dining at the Columbia

In this album ANTILLA Records has combines several international favorites which feature the Magic Violins for the first time on record bringing you the music and charm offered nightly at your table at the Columbia Restaurant. Also featured are two of Spain’s great singers, Miguel Bodegas and Jose Forns who have <oined the group to make it the outstanding attraction which it has become. Solo accordianist: is Mario De Leon.

Record info. catalog:MLP-576
label:Puchito
title:Dining at the Columbia
subtitle:Cesar Gonzmart and his Magic Violins with the golden voice of Pepe Urquiaga 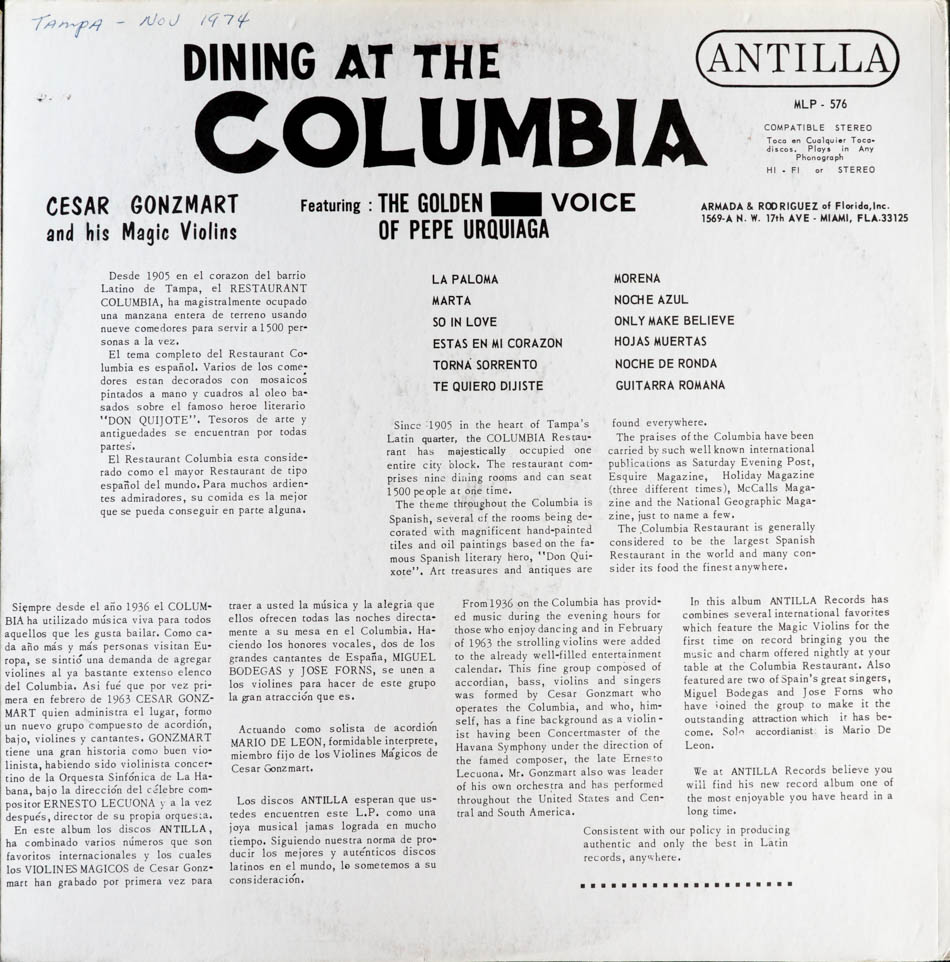