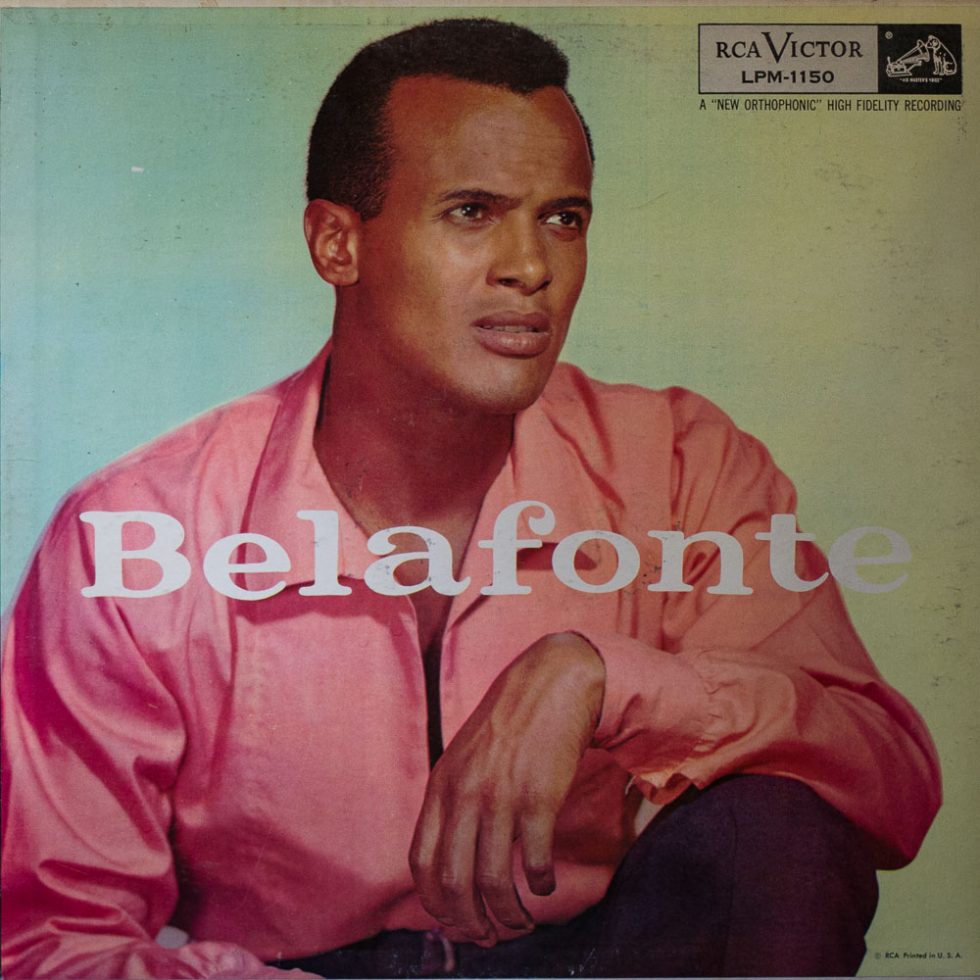 Once heard, Harry Belafonte will be remembered. He is a voice afire with an almost apostolic fervor. His burning needâto return to the people a sense of the magnificence of their own cultural heritage. He has been described as “America’s foremost balladeer and folk singer,” and has surely earned this distinction. While moving us through laughter and tears, he imparts a fresh sense of the reality and truth of our legends.

Most of the songs in this collection will be familiar to all, but that is as it should beâ great folk themes are immortal and timeless. However, great music demands equally great interpretation if it is to survive in our everyday lives as a living force. We think that Harry Belafonte has made this music live through his own vitality and love.

In a very real sense the singer and the song have arisen from the same earth. As a boy he wandered over the United States, to the West Indies and back again. He never forgot the music he heard along the way. It was a very real part of the good people who shared with him their food and shelter. So early in life he came to realize that folk material is a sacred trust handed down from one generation of singers to the next. He is mindful of a heavy responsibility as an artist in a great tradition. To meet this responsibility he brings to his work a tremendous variety and scope of talents: the expressive face of the actor, the mobile body of the dancer, and a fine baritone capable of both nuance and thunderous command.

Those who saw Mr. Belafonte in the Broadway production Three for Tonight will recall many of these numbers. However, this particular album brings together under one cover outstanding selections from his complete repertoire.

Surely, of all the world’s folk music none more fully reveals the soul of a people than the Negro spiritual. Take My Mother Home is the very heart of an oppressed race, a heart purified through suffering. We feel the indestructible spirit of man expressing a yearning to be free In That Great Gettin’ Up Mornin’. Noah is the voice of prophecy from the Old Testament . . . calling through the passion of a backwoods preacher.

In Troubles we have a delightful transmigration, as an old New Orleans street vendor’s song is raised to a more spiritual plane.

Mr. Belafonte’s Waterboy is an entirely new interpretation of this venerable “hammer” song. Here the sound of the hammers gives way to the agonized cry of one who craves for more than just water.

A blues rhythm and a blue mood dominate Suzanne, an Old World song transplanted to our southern mountains.

Everyone who knows this singer loves the lyrical beauty of Scarlet Ribbons. Other singers have attempted this deceptively simple tune, but it remains Mr. Belafonte’s own.

Jump Down, Spin Around, a folk round from slavery days, captures the spirit of rebellious gaiety which reaffirms the fact that man’s spirit is indeed indestructible.

Many of our greatest folk songs came from the chain gangs and the prisons. Mr. Belafonte is never more moving than when expressing the tortured soul of the caged man dreaming of his Sylvie.

In Matilda we are taken to Jamaica whereâto a calypso beatâwe hear the serio-comic tale of a lover betrayed.

The fact that Mr. Belafonte has chosen to include the contemporary Unchained Melody in this album demonstrates that creation of songs with integrity is an unending process. His sensitive rendition of this number is convincing proof that it belongs.

We who have long awaited this album are convinced that it contains an imperishable record of some of the best of Harry Belafonte âthe greatest folk artist of our time.